APT Detection is About Metadata

People often ask me, why we changed the name of our scanner from “IOC” to “APT” scanner and if we did that only for marketing reasons. But don’t worry, this blog post is just as little a sales pitch as it is an attempt to create a new product class.
I’ll show you why APT detection is difficult – for the big players and spirited newcomers like us.

Metadata is the Key

Only recently I recognized and named the methods that we apply since we introduced the scoring system in our scanner product. Instead of looking at a file only by its content we collect numerous attributes and evaluate a score based on certain rules that indicate conspicuous features or anomalies.
What I recognized was that Metadata is the key to successful APT detection. Let me give you some examples.

During our investigations we found that the attackers used a simple backdoor that allowed them to avoid AV detection and use tools that were already available on the target systems. What they did was to copy a valid “cmd.exe” over the “sethc.exe” in the System32 folder in order to establish a backdoor that waits for the user pressing five times shift consecutively on a RDP logon screen and pops up a Windows command line running as LOCAL_SYSTEM. Another method sets the Windows command line as debugger for the stickykeys binary.

With the necessary rights it is easy to install and difficult to detect. 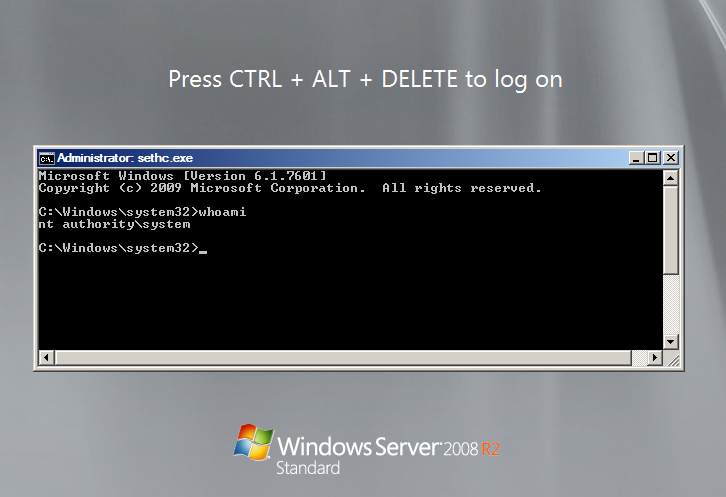 As I already said, an Antivirus engine won’t detect this backdoor as the content of the file is a valid Windows executable with an intact signature. Windows 7+ users won’t stumble over it as they have Network Level Authentication (NLA) enabled by default, which prompts the user for username and password before fully establishing a Terminal Services connection. Attackers modify their local “default.rdp” file and add “enablecredSSPsupport:i:0:1” in order to disable this behaviour.
APT detection therefore means the following:

I often use the example of the well-known Sysinternals tool “PsExec”, which is likewise used by administrators and APT groups. It doesn’t make much sense adding it to the indicators of compromise (IOCs) of your triage sweep although it may have played a substantial role in lateral attacker movement.
The human eye is able to distinguish between a PsExec that has been used for administration and a PsExec that has been used by the attackers. The essential difference, which enables us to distinguish between both versions does not lie in the content of the file but the Metadata.
Look at the following table and tell me which of both files is valid and which has been placed on the system by the attackers. Remember, the file content is the same – a MD5 hash of both files is equal.

It is not that difficult, isn’t it?
APT detection therefore means the following:

We often encounter so-called webshells that were placed in web server directories to establish a simple backdoor. Webshells can be very specific and therefore easy to detect. The C99 webshell is a good example for a PHP webshell, JspSpy is a well-known JSP webshell. Both are easily detected, even by Antivirus engines (see: C99 on VT, JSPSpy on VT).
However, APT groups tend to use two different types of webshells:

There are a lot of well-known tiny webshells. The following one is my favorite. Add a space or change the request parameter “abc” to something else and the detection ratio is alarmingly low (Example). It allows an attacker to evaluate (execute) an arbitrary command on the web server. There are numerous blog posts and other articles describing what can be done with a webshell like this. However, the protection level provided by AV engines, firewalls and NIDS is almost zero.

Another method we discovered was the use code snippets copied from blog entries or tutorial pages that allowed them to use only certain functions like “file upload” or “directory listing”.
They often use a weakness in web applications to upload and run their own scripts or even whole application containers (.war). By placing a known webshell like the JspSpy webshell into that web server folder, they would run the risk of being detected. What they really need is a distribution point for their toolset or a simple tool to execute code on the server (like a tiny webshell). We’ve seen simple upload scripts that provide nothing more than a upload function, which they use to store their toolsets for lateral movement. A google search for “upload jsp” revealed various scripts they used in their attacks. It’s obvious that AV engines won’t detect this type of threat. How could they? The attackers abuse benign pieces of code to establish malicious backdoors.
APT detection therefore means the following:

The Heavy Burden of Definite Detection

One could be tempted to believe that I wrote this article in order to degrade Antivirus engines, but this isn’t the case. Antivirus solutions are still play a key role and carry the heavy burden of definite detection. Their scan result has to be “thumbs up” or “thumbs down” as there is no middle ground.
Years ago they introduced signatures to detect “Potentially Unwanted Applications” (PUA). Users or administrators decide on what to do if one of these “dual use” tools has been found on a system. Handling thousands of the events generated by the Antivirus agents is a difficult task, even with a central console or SIEM integrated log files. It is easy to understand why PUA events do not play an important role in view of dozens of Trojan detections per day.

APT detection is the art of suspicion. A missing “stickykeys” string in the “sethc.exe” indicates a manipulation, a replaced system file. It is not a definite detection but the certainty that something is wrong.

Considering the given examples an attentive reader may be inclined to believe that Antivirus and simple IOC scanning (Triage) is not enough to defend against Advanced Persistent Threats. After the experiences of the last 3 years I have to confirm that assumption.
Who would recognize and report the execution of a “sethc.exe” on a server system, the “PUA/PsExec” message generate by the Antivirus or another JSP file on the web server?
I even doubt that so-called “APT solutions” are able to detect

An extensive security monitoring in form of a SIEM system allows you to detect a needle in the haystack but only if you are able to distinguish between straw and needles.

The question is: How can I define such soft indicators to detect the described anomalies? The OpenIOC framework already contains options to combine certain characteristics like filename and filesize, but rather than using it as a tool to describe anomalies it is often used to tighten the detection to the level of a hash value. I prefer hash values over “Name:PsExec.exe” combined with “Filesize:381816” because it doesn’t make you believe that you’re looking at a clever rule.
I therefore recommend the following: