How to Write Simple but Sound Yara Rules – Part 2 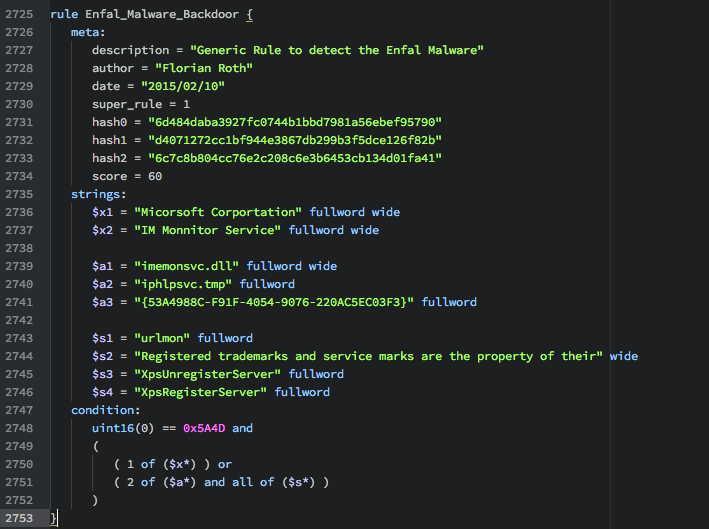 Months ago I wrote a blog article on “How to write simple but sound Yara rules“. Since then the mentioned techniques and tools have improved. I’d like to give you a brief update on certain Yara features that I frequently use and tools that I use to generate and test my rules.

In the past I was glad to see very specific strings in samples and sometimes used these strings as the only indicator for detection. E.g. whenever I’ve found a certain typo in the PE header fields like “Micorsoft Corportation” I cheered and thought that this would make a great signature. But – and I have to admit that now – this only makes a nice signature. Great signatures require not only to match on a certain sample in the most condensed way but aims to match on similar samples created by the same author or group.
Look at the following rule:

What I do when I review the 20 strings that are generated by yarGen is that I try to categorize the extracted strings in 3 different groups:

Then I create a condition that defines:

Here is another example that does only have very specific strings (x) and common strings (s):

If you can't create a rule that is sufficiently specific, I recommend the following methods to restrict the rule:

One of the most underestimated features of Yara is the possibility to define a range in which strings occur in order to match. I used this technique to create a rule that detect metasploit meterpreter payloads quite reliably even if it's encoded/cloaked. How that?
If you see malware code that is hidden in an overlay at the end of a valid executable (e.g. "ab.exe") and you see only strings that are typical function exports or mimics a well-known executable ask the following questions: 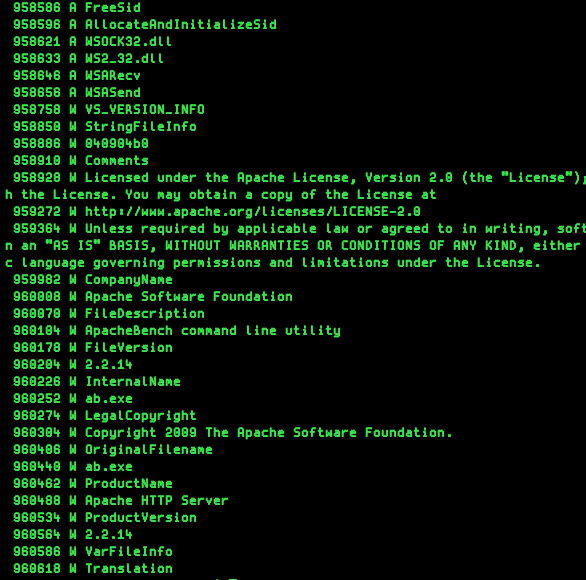 In case of the unspecific malware code in the PE overlay, try to define a rule that looks for a certain file size (e.g. filesize > 800KB) and the malware strings relative to the end of the file (e.g. $s1 in (filesize-500..filesize)).
The following example shows a unspecified webshell that contains strings that may be modified by an attacker in future versions when applied in a victim's network. Try always to extract strings that are less likely to be changed.